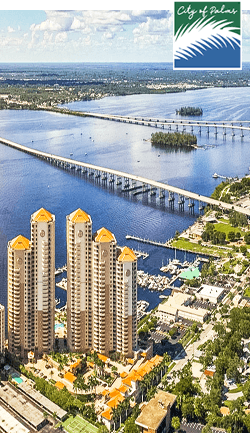 Fort Myers or Ft. Myers, is the county seat and commercial center of Lee County, Florida, United States.
As of the 2010 census, the population was 62,298 and in 2019 was estimated at 87,103. Fort Myers is a gateway to the southwest Florida region and a major tourist destination within Florida.
The winter estates of Thomas Edison ("Seminole Lodge") and Henry Ford ("The Mangoes") are major attractions. According to the United States Census Bureau, the city has a total area of 40.4 square miles (105 km2), of which 31.8 square miles (82 km2) is land and 8.6 square miles (22 km2) (21.25%) is water.
Fort Myers is on the border between a tropical savanna climate and a humid subtropical climate. The temperature rarely rises to 100 °F (38 °C) or lowers to the freezing mark.
Rainfall averages just over 56 inches per year, strongly concentrated during the rainy season (June to September) with its frequent showers and thunderstorms; on average, these four months deliver 68 percent of annual rainfall. From October to May, verage monthly rainfall is less than three inches. More about Fort Myers, Florida.

The Luxury of Naples Group at Amerivest Realty would like to offer our customers Virtual Solution for buying property in Naples area, Florida.

2.We are a paperless office and have been for over 10 years. We complete all state approved Sales Contract forms online and get all signatures digitally with ease.

3.We have business contacts that will assist us in remote deposits, title work and digitally complete all closing documents with remote notary.

4. All this while in the safety and comfort of your home . Give us a try, you’ll love it. Contact us.

This spot is reserved for your home!
Call for free CMA and maximize your property's exposure to thousands of potential buyers! 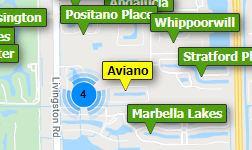